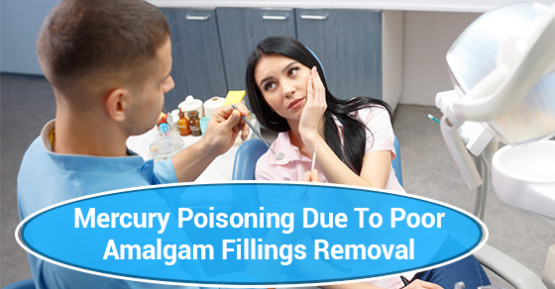 Why the Disparity in Research?

Most studies conducted in the first decade of the 21st century and before claim that there is either no risk to health when using amalgam fillings, or that there is insufficient data to draw a connection between mercury dental amalgam and associated hypersensitivity and other health complaints.

However, there are now new studies that examine hair to assess the level of mercury in the human body, and even pinpoint when the spike of mercury level occurred. According to these studies, the levels of mercury contamination in subjects increased significantly around the removal of their amalgam fillings.

The test used in these studies is known as x-ray nano fluorescence, and can detect changes even with the removal of one amalgam filling. This test has shed more light on the dangers of mercury amalgam fillings, though dental associations continue to insist that they are safe, to avoid product liability suits by patients who have become adversely affected by mercury exposure in their dental restoration treatment.

Many specialists in holistic dentistry argue that toxic dental materials, such as mercury amalgam fillings, are responsible for many illnesses and degenerative diseases. For instance, within six months of getting their amalgam fillings removed about 63% of people suffer from an autoimmune disease that they did not have before within.

The problem is that any kind of stimulation to the filling causes the release of amalgam vapours. So, chewing, drinking a very hot or cold beverage, and even eating ice cream activates the release of these toxic vapours. Moreover, amalgam waste is considered hazardous waste, and must be disposed of according to appropriate protocols.

Can Amalgam Fillings Be Safely Removed?

To reduce the risk of exposure to high levels of hazardous mercury during the process, it is critical that you find a qualified biological dentist who uses safe amalgam removal methods with minimal risk of contamination. These tactics may include using cold water sprays to reduce the mercury vapour, using a rubber dam to keep you from inhaling or swallowing the toxins, providing a separate source of clean air for breathing, and using a mass air evacuator unit within close proximity to the working field, among others.

So, make sure you discuss with your dental team how they intend to reduce mercury intoxication during the removal of amalgam fillings before proceeding with the procedure.