COVID-19 Update: Effective immediately there is a mandatory suspension of all non-emergency dental treatment and services by the Alberta Dental Association, we will be temporarily closing until further notice. If you are in need of emergency dental care we are available, please contact us at 780-438-6863. 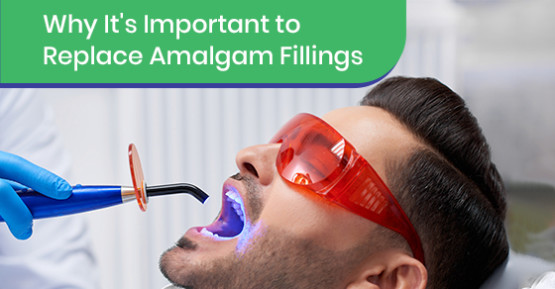 Posted by Roots on Whyte Dental

If you’ve had one or more cavities, then it was most likely filled in with a grey metal amalgam. This grey metal amalgam filling is the silver that can be seen when you throw your head back and enjoy a good laugh or when you open your mouth widely.

Rather than offer the metal amalgams, an alternative tooth-colored composite filling is available which is not only more visually appealing but also functions better than the traditional metal fillings. They say ‘old is gold,’ however, in the case of fillings, this is certainly not the case.

Not only is the new tooth-colored composite fillings used for all patients who have new cavities, but many individuals with the silver fillings also opt to have their old fillings replaced with composite ones.

If you have an old metal amalgam filling and are debating whether to replace them, let us help you make the decision in favor of replacement with a few good reasons.

Your health is precious, and so are your teeth. Mercury-containing dental amalgam fillings were, at one point, the only option available to serve as fillings for teeth with cavities. This has changed, and new composite fillings have replaced the old.

Although research is ongoing, mercury vapour released from amalgam fillings can be harmful to your health, especially over an extended period of time. If you want peace of mind that your overall health and the health and structure of your teeth will remain intact, then replacing your amalgam fillings with composite ones, is the choice for you.

Whether you choose to undergo replacement for aesthetic purposes, to protect your health, or to enjoy greater comfort, replacing your old amalgam fillings with composite ones, is a step towards ensuring all three.

If you want to remove those random silver spots scattered in your mouth, Roots on Whyte Dental can help you accomplish just that.

To learn more about composite fillings and why you should replace amalgam fillings, call Roots on Whyte Dental at 888-602-2308 or contact us here.